In this course, Dr Colin Imber (University of Manchester) explores the Battle of Mohács (1526), fought between the Ottoman forces led by Ibrahim Pasha and the Hungarian forces of Louis II. We begin by tracing the arduous journey of the Ottomans from Istanbul to the town of Osijek on the banks of the Drava. After that, in the second and third modules, we focus on the progress of the battle itself – from the opening skirmish that leads to the Hungarian cavalry charge to the Ottomans' gaining the upper hand and ultimately winning the day. In the fourth module, we think about the immediate aftermath of the battle, including the Ottoman army's journey back to Istanbul, before turning in the fifth module to the longer-term impact of the battle.

Dr Colin Imber was a lecturer in Turkish Studies at the University of Manchester, specialising in the history of the Ottoman Empire. His previous publications include The Ottoman Empire, 1300-1650: the Structure of Power (2002), Studies in Ottoman History and Law (1996) and The Ottoman Empire 1300-148 (1990).

1. From Istanbul to the Drava

2. The Start of the Battle: Hungarian Cavalry Charge

3. The End of the Battle: Ottoman Victory 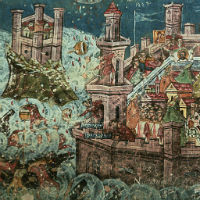 The Fall of Constantinople, 1453 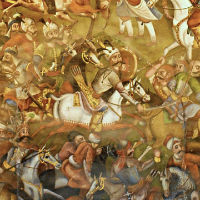