In this course, Dr Nandini Chatterjee explores the decline and fall of the Mughal Empire, from the reign of Aurangzeb (1658-1707) to the disintegration of the Empire after his death. We begin by thinking about the reign of Aurangzeb, looking first at his personality and temperament, and then at his style of rule as Emperor. In the third module, we think about the conquest of the sultanates of Bijapur and Golconda, and the intended consequence this had for the long-term survival of the Mughal Empire, before turning in the fourth module to the rise of the Maratha Kingdom. Finally, in the fifth module, we explore the final disintegration of the Mughal Empire, focusing in particular on the range the regional states that replaced it – including the Maratha Empire, the Sikh Empire and the arrival from the west of Nader Shah.

Dr Nandini Chatterjee is a Senior Lecturer in History at the University of Exeter. She specialises in the history of South Asia, focusing in particular on law and cultural exchanges in the British and Mughal empires. Her recent publications include The Making of Indian Secularism: Empire, Law and Christianity, 1830-1960

2. The Decline of the Mughal Empire

3. The Conquest of Bijapur and Golconda 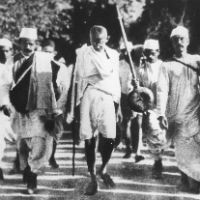