In this course, Dr Michael Rapport (University of Glasgow) explores the Congress of Vienna, the conference of ambassadors who met between November 1814 – June 1815 with the aim of providing a long-term peace plan for Europe. The course begins by exploring about the long-term origins of the Congress, before looking more closely at the social and political impact of the French Revolutionary and Napoleonic Wars which immediately preceded it. After that, in the third module, we outline some of the key players at the Congress of Vienna, including its host Klemens von Metternich, before turning in the fourth module to consider some of the obstacles to lasting peace in Europe – including the various disputes over France, Italy, Germany and Poland. In the fifth module, we think about the aftermath of the Congress – what it achieved and its impact on European politics – before moving in the sixth module to consider the various ways historians have interpreted the Congress from 1815 up to the present day.

2. Impact of the French Wars 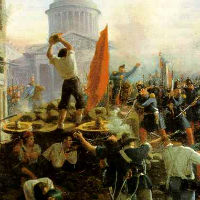