In this course, Dr Edmund White (University of Oxford) explores the religious and literary background of Paradise Lost. This course provides an introduction to the religious culture of seventeenth-century England, and shows how this culture influenced the composition of Milton’s epic poem, Paradise Lost. This course falls into two halves. In the first half: we explore the principal Christian ideas that feature in Milton’s narration of the fall of Adam and Eve; in the second half, we look at the political implications of the religious ideas articulated in Paradise Lost. In both halves, we take examples from key moments of the poem, as well as from other writings by Milton and his seventeenth-century contemporaries.

Dr Edmund White completed his D. Phil. in English Literature at the University of Oxford in January 2014. Supervised by Sharon Achinstein, the title of his thesis was “The Concept of Discipline: Poetry, Rhetoric, and the Church in the Works of John Milton”. The main interest of his research thus far has been in the intersection between mainstream ecclesiastical politics and literature in Milton's works. Discipline, his thesis argues, is a complex concept in Milton's writing, that develops over time: whereas it denotes coercive and persuasive ecclesiastical power in his early prose, his later poetry treats the concept in terms of personal, moral piety.

His future research will seek to compare Milton’s understanding of piety in his later works with the pieties advocated by other contemporaries of different confessional persuasions: Bunyan, Baxter, Traherne, Vaughan.

5. The Fall as Story and Idea

6. The Fall in 17th-Century England

9. Causes and Consequences of the Fall

10. Another Cause: Satan, and the Fall before the Fall

11. Another Consequence: The Second Adam and the Hope of Salvation

14. Paradise Lost as Apology for Free Will

15. John Milton, Free Will, and Freedom: The Example of Areopagitica

19. Heresy as Choice in Paradise Lost

21. Milton on Conformity and Dissent in Restoration England

22. The Dissenting Figure of Abdiel in Books V and VI of Paradise Lost

23. Hope for the Future in Books XI and XII of Paradise Lost 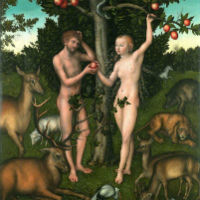