In this lecture, we think about social influence factors, focusing in particular on: (i) Cialdini and colleagues’ research, which found that people were more likely to litter in an environment that is already littered; (ii) differentiating between descriptive and injunctive norms, the former being actions other people do and the latter being perceptions of what others think is the ‘right’ thing to do; (iii) research findings that showed, when given information about the energy usage of their neighbours, those households with comparatively low energy usage raised it and those with comparatively high usage lowered it; (iv) a real world example of injunctive norm messaging in the encouragement of towel reuse via messaging in hotels; (v) the inclusion of a comparison to others within the message increasing conformity to the message, especially when the comparison is more personally relevant.

Professor Birgitta Gatersleben is a professor of environmental psychology in the School of Psychology and Environmental Psychology Research Group at the University of Surrey. Professor Gatersleben’s research interests are in sustainability, urban living, environmental stress, and wellbeing. Some of Professor Gatersleben’s recent publications include 'The Use of Virtual Reality in Environment Experiences and the Importance of Realism' (2021) and '#Springwatch #WildMorningswithChris: Engaging with Nature via Social Media and Wellbeing During the Covid-19 Lockdown' (2021). 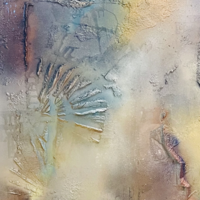