In this lecture, we think about some of the psychological mechanisms behind anorexia nervosa, focusing in particular on: (i) three psychological theories behind anorexia nervosa as family systems theory, social learning theory, and cognitive theory; (ii) the four potentially damaging features of family systems theory being enmeshment, overprotectiveness, rigidity and conflict avoidance; (iii) the limitation of family systems theory research being a lack of studies recording family characteristics prior to the onset of an eating disorder; (iv) the role of vicarious reinforcement in social learning theory which, in the context of anorexia nervosa, may be present in the form of losing weight and thinness being promoted by individuals and in the media; (v) Becker and colleagues’ 2002 study, which found that, three years after first introduction to television, eating disorders were reported in young Fijian girls; (vi) the five processes of social learning in the context of an eating disorder being exposure, internalisation, discrepancy, disturbance and development of the disorder; (vii) the role of cognitive distortions in body dysmorphia when observing oneself as physically larger than reality; (viii) all or nothing thinking, catastrophising and perfectionism as other faulty cognitions; (ix) the role of cognitive inflexibility in structuring the faulty cognitions found in those with anorexia nervosa, resulting in applying the ‘solution’ of losing weight to all problems in life. 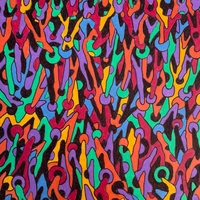