In this module, we think about the themes of engagement and marriage in the novel, focusing in particular on: (i) the dysfunctionality of many marriages in Austen novels in general; (ii) the social conventions governing engagements in the early 19th century, and the extent to which these conventions drive the plot of the novel; (iii) Austen's attitude towards arranged marriages; (iv) the figure of Charlotte Palmer and her attitude to marriage; (v) Elinor's response to John Dashwood's attempt to arrange a marriage between Miss Morton and Edward's younger brother, Robert; (vi) the difficulty of ascertaining whether two people are actually engaged or not; and (vii) the permanency of marriage. 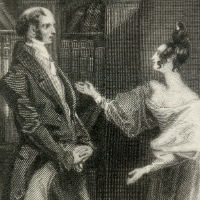