In this course, we explore Aristophanes’ Clouds, thinking in particular about where the play sits in Aristophanes’ life and career, its distinctive structure and themes, the presentation of Socrates in the play, and what it is that makes the play so appealing.

James' classical career began with a degree in Greek and Roman Studies at Exeter, followed by postgraduate work at King’s College London, where he completed a PhD on humour and obscenity in the works of the Greek comic playwright, Aristophanes. Since arriving at the OU in 2000, he has been involved in the production of a number of the department’s courses, with the bulk of my work centring on fifth-century Greece and our Latin and Greek language modules.

A major strand of James' research concerns the Greek comic playwright Aristophanes, especially the humour and sexuality of his plays and their translation into English. More recently he has been looking at sex and sexuality in classical Athenian society in general and concepts of beauty and sex appeal in particular.

1. Introduction: Aristophanes and the comic competition

2. Stormy weather: Clouds as a rewrite

3. Two for the price of one: the play’s double structure

4. Bringing the house down: the play’s unhappy ending

5. No laughing matter: Clouds as a tragedy

6. Socrates and the Sophists

7. The Caricature of Philosophy

8. The appeal of Clouds 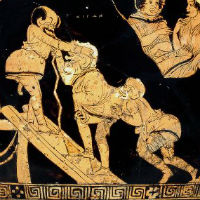 Comic Drama in the Ancient World 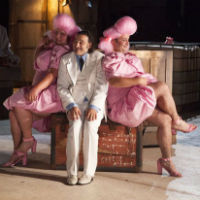