Beat Kümin is Professor of Early Modern History at the University of Warwick, having joined Warwick's History Department in January 2001.

Beat read History and English at the University of Bern, before conducting doctoral research on 'The Late Medieval English Parish' at Corpus Christi College, Cambridge (PhD 1993). As a Research Fellow of Magdalene College, Cambridge (1993-97), he served as Director of Studies in History in 1996, before returning to Bern to pursue a Swiss National Science Foundation project on early modern public houses.

Since joining the History Department at Warwick, he has obtained a second doctorate (Habilitation in early modern history; Bern 2005), held a guest lectureship at Bielefeld University (2011-12) and spent six months as a Senior Fellow at the Alfried Krupp Wissenschaftskolleg in Greifswald (2012-13; blog). In 2014, he directed Warwick's Centre for the Study of the Renaissance and in the summer term of 2015 took up a guest professorship at Konstanz.

Beat is a Fellow of the Royal Historical Society and co-editor of Bloomsbury's 'Cultures of Early Modern Europe' series. Alongside this, he serves on the boards of the Centre for the Study of Christianity and Culture at the University of York, the Journal of Baroque Studies, Brewery History and the Warwickshire Local History Society. Involvement in other scholarly bodies includes the German History Society (Committee Member 2005-8), the Drinking Studies Network and the Warwick Network for Parish Research. In 2014, he was appointed a federal expert for heritage of the Swiss Department of Culture.

Among other publications, Beat has written The Communal Age in Western Europe c.1100-1800: Towns, Villages and Parishes in Pre-Modern Society (Palgrave, 2013) and edited The European World 1500-1800: An Introduction to Early Modern History (2nd edn, Routledge, 2014). 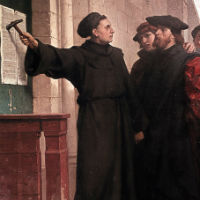