Sample Lecture – World War I: The Military Strategies of the Great Powers, 1914-18

Dr Rob Johnson works on the History of War in the nineteenth and twentieth centuries, with particular interest in the First World War, the Indian Army and the so-called 'sideshows'; the Inter-War Years, and more recent conflicts in Afghanistan, Pakistan, Iran and the Middle East. Thematically, he focuses on strategy, conventional operations, tactical developments, revolutionary warfare, intelligence and counter-insurgency.

Dr Johnson is also the Director of the Changing Character of War Programme which is an interdisciplinary study of war and armed conflict at the University of Oxford. 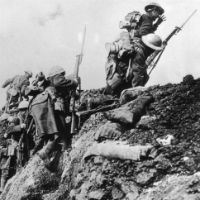 World War I: The Military Strategies of the Great Powers, 1914-18