Hannah is currently Lumley Junior Research Fellow at Magdalene College, Cambridge as well as a Fellow of the McDonald Institute for Archaeological Research.

She is primarily interested in how buildings operate as vehicles for political exchange, exploring the relationships between architecture, nationalism, and power. Her other interests include the national memory, the ideal of political martyrdom, and heritage issues.

As a Junior Research Fellow (2014-17) at Magdalene College, she undertaking a monograph on Marcello Piacentini, the most prominent architect of Mussolini's fascist regime. Formerly, as a Fellow of the British School at Rome (2013-14), she worked on a project on Italy's fascist ossuaries of the Great War, which focused on how the fascist state exploited death as propaganda. A book based on her doctoral thesis will be published shortly by Ashgate under the title: Nationhood and the Architecture of Death: The Monumental Cemeteries of Nineteenth-Century Italy. 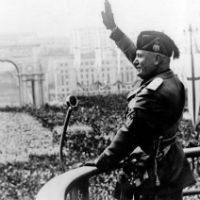