Oliver studied Classics at Oxford University as both an undergraduate and a postgraduate student. In 2008-11, he held a research fellowship at Christ Church, Oxford, and in 2011-14 he was a lecturer at Cambridge University. He joined the University of Nottingham as a lecturer in February 2014.

Oliver's particular area of expertise is in ancient Greek literature and religion, more specifically hymns, and more specifically still the Homeric Hymns. He has also written a book about one of Aeschylus' tragedies, and is currently doing his best to get to grips with Greek science. 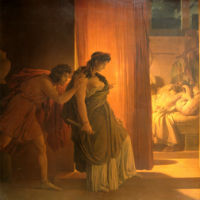