Keith Hanley studied English at Lincoln College, Oxford (MA, B.Litt). At Lancaster (Ph.D) he founded the Wordsworth Centre, which he directed from 1988-2000, and initiated the transfer of the John Howard Whitehouse Ruskin Collections from Bembridge school, directing the Ruskin Centre at Lancaster from 2000-2008. From 1994 he has co-edited the quarterly Nineteenth Century Contexts: An Interdisciplinary Journal (published by Routledge since 2002), currently with David Thomas. He has held posts at a number of European universities and at Notre Dame, Indiana.

Since 1991 he has been a permanent member of the executive board of the American organisation, Interdisciplinary Nineteenth-Century Studies (INCS), which holds annual conferences throughout the United States and occasionally in Europe. He serves on the advisory board of Anglica: An International Journal of English Studies, Warsaw. His interest in nineteenth-century interdisciplinary studies is reflected in many edited collections of essays, for example, (with Ray Selden) Revolution and English Romanticism: Politics and Rhetoric, Prentice Hall/Harvester Wheatsheaf, 1990, (with Tony Pinkney and Fred Botting) Romanticism Theory Gender, Ryburn Publishing/Keele University Press, 1995, (with Alison Milbank) From Lancaster to the Lakes: The Region in LIterature, NWRS, 1992, and three collections on Ruskin, Art and Society. With Greg Kucich he co-edited the collection Nineteenth Century Worlds: Global Formations Past and Present (Routledge, 2008). 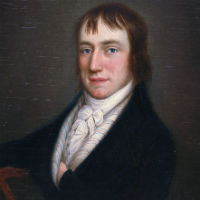