Sir Drummond is a specialist on the works of Romantic poet Lord Byron, and on leaving Oxford in 1972 became lecturer in English and Comparative Literature at the University of Warwick. He returned to Glasgow in 1980 as a lecturer in English Literature, becoming Senior Lecturer in 1989 and titular Professor in 1995. From 1991 to 1995, he was Dean of the Faculty of Arts, and in 1995 became Vice-Principal.

He is an acknowledged expert on Lord Byron's work and is Vice-President of the Byron Society. He was editor of The Byron Journal from 1978 to 1988 and has been co-editor of journal Romanticism since 1995. He is a member of the Steering Group of the Council for College and University English, a Fellow of the English Association, and an elected Fellow of the Royal Society of the Arts (1995) and of the Royal Society of Edinburgh (2008). 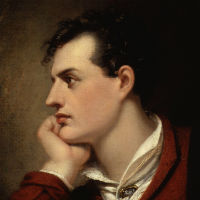