James Smith joined Royal Holloway in September 2015, having previously taught in Manchester and in Exeter. His first monograph is about the novelist Samuel Richardson, and he is writing another book on eighteenth-century literary culture, entitled Shakespeare and the Rise of the Novel. He is interested in all aspects of twentieth and twenty first-century literary theory, and in intersections between cultural criticism and politics. 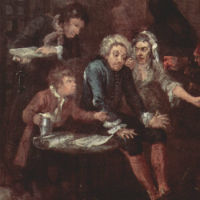