Born in the US in 1946, Terrell has taught at Bristol University since 1980 where he is currently Professor of Political Theory and is a member of the Editorial Commission for the Marx-Engels Gesamtausgabe. As well as expertise in Marx and Marxism, Terrell has recently been studying feminist theory and theories of masculinity and the relation between European and Japanese political theory. One of Terrell's interests has been to understand the exact roles played by Karl Marx on one hand and Frederick Engels on the other in the formation of the Marxist canon.

Terrell has translated Marx and Engels, edited the Cambridge Companion to Marx and Palgrave's forthcoming Advances in Continental Political Thought, and authored A Short Introduction to Engels (2003), The Postmodern Marx (1999), Marx's Social Theory (1983) Gender is not a Synonym for Women (1996) and many others. 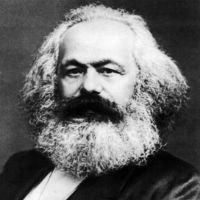 The Political Thought of Karl Marx