Dr Frisbee Sheffield is Director of Studies in Philosophy at the University of Cambridge. She is interested in all areas of ancient philosophy, particularly ancient ethics and politics. Her research explores desire, love, and friendship, and considers their role in the good life for Plato and Aristotle. 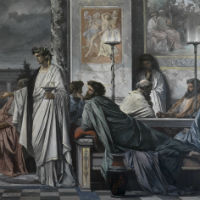