Peter Waldron is currently Professor of History at the University of East Anglia, having previously worked at the University of Sunderland, University College Cork and Durham University. He is a specialist in modern Russian and European history and teaches courses on 19th and 20th century Russia and Europe. His books include Governing Tsarist Russia (Palgrave, 2007), Between Two Revolutions: Stolypin and the Politics of Renewal in Russia (UCL Press, 1998), The End of Imperial Russia, 1855-1917 (Macmillan, 1997), Russia of the Tsars (Thames and Hudson, 2011). He contributed the chapter on 'State Finances' to the Cambridge History of Russia (Cambridge University Press, 2006) and has published a variety of articles and book chapters. 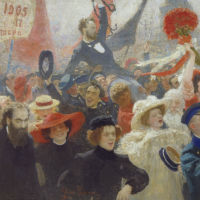