James Morwood (1943-2017) was Grocyn Lecturer in Classics and Fellow of Wadham College at Oxford University.

He was educated at Peterhouse, Cambridge and obtained a Diploma of Education at Merton College, Oxford. He taught Classics and English at Harrow School from 1966 to 1996, as the Head of Classics from 1979. In 1996 he moved to Oxford University as Grocyn Lecturer in the Classics. In 2000 he became Dean of Wadham College, holding the position until 2006.

He has translated four volumes of Euripides' plays for Oxford World's Classics. His other books include A Dictionary of Latin Words and Phrases, The Oxford Grammar of Classical Greek, Our Greek and Latin Roots and works on Richard Brinsley Sheridan. 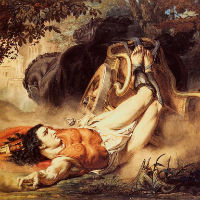