Sascha is a historian of modern Britain and the British Empire in the late-nineteenth and early-twentieth centuries. He was born in London, but did his degrees in the U.S. at Oberlin College (B.A.) and Emory University (M.A.,Ph.D.). Before coming to Nottingham, he held full-time posts in both the U.S. and Canada, most recently at the University of Northern British Columbia. In 2011, he was a Fulbright research scholar at King's College London (Law), and in summer 2012, he was a visiting research fellow there (History).

Sascha is primarily a cultural historian, with a particular interest in the interaction between individual identity, structures of the state, and ideas about race and gender in the final decades of the nineteenth century and the initial decades of the twentieth. His topics of study range from the history of local courtrooms in London's East End to indentured labour in South African gold mines and the sugar plantations of British Guiana. He is currently working on two major research projects. The first focuses on the "police courts" of London and how their daily operation and public portrayals combined to create a unique cultural milieu in local courtrooms. His second major research project examines migration and indentured labour in the British Empire, and its relationship to ideas about race, the origins of human rights and articulations of "justice" in British domestic and imperial society. 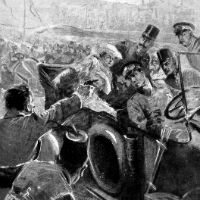 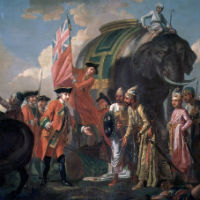