Professor Kevin Butcher graduated from the University of Bristol in 1983, and subsequently went on to study for a Ph.D at the Institute of Archaeology, University College London, in the field of Roman numismatics. His first book, Roman Provincial Coins, was published in 1988; in the same year he joined the staff of the Department of Coins and Medals at the Fitzwilliam Museum, University of Cambridge. After a stint as a Leverhulme Research Fellow he moved to Beirut, Lebanon, to take up a position as Associate Professor in the Department of History and Archaeology at the American University of Beirut. Professor Kevin Butcher was closely involved in the international rescue excavations of the Beirut Central District. In 2002 he became a full Professor, and joined Warwick in 2007, after a term as a Getty Villa Visiting Scholar in Los Angeles, California.

Prof. Butcher’s research interests include Greek and Roman coinage, particularly the civic and provincial coinages of the Roman empire; and the Hellenistic and Roman Near East, particularly coastal Syria and Lebanon. He is currently completing work on a three-year AHRC-funded project in collaboration with Dr. Matthew Ponting of the University of Liverpool, investigating the metallurgy of Roman imperial and provincial silver coinages from Nero to Commodus, and will shortly begin work on the Cambridge Handbook to Roman Coinage. He is also interested in the application of social theories in archaeology, particularly with regard to material culture and the ancient economy. He has worked on several excavation projects in the Mediterranean and published the coin finds from several major ancient sites, including Nicopolis ad Istrum in Bulgaria and Beirut in Lebanon. 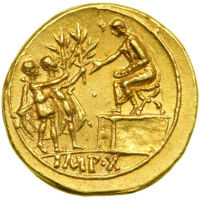