Dr Sophie Duncan is Fellow in English at Christ Church, University of Oxford. She is an expert on Shakespeare in performance, and in the broader fields of theatre history and the performance of gender and race. Her books include SHAKESPEARE’S WOMEN AND THE FIN DE SIÈCLE (Oxford University Press, 2016), described as "extraordinary .... a welcome antidote to prevailing assumptions" (Times Literary Supplement), and SHAKESPEARE’S PROPS (Routledge, 2019).

She has also published extensively on Victorian theatre and culture, from Jack the Ripper to the suffragettes, via Oscar Wilde and Ira Aldridge (the first African American actor to perform in Europe). With Rachael Lennon, she co-wrote WOMEN AND POWER: THE STRUGGLE FOR SUFFRAGE (National Trust Books: 2018). Her new edition of Henrik Ibsen’s A DOLL’S HOUSE will be published by Methuen early in 2020.

Sophie read English at Oriel College, Oxford, and received her doctorate from Brasenose, Oxford in 2013. In 2018, she was the National Trust’s advisor on their national programme marking the first hundred years of women’s suffrage in Britain. She has worked extensively in theatre, radio and television as a historical advisor, including the Kenneth Branagh Theatre Company, the Kiln, the New Vic, BBC Studios and Radio 4. She presented an episode of The Essay for BBC Radio 3 and has appeared on Woman’s Hour as well as numerous podcasts. 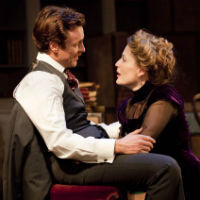 Shakespeare: The Merchant of Venice