Keith Carabine did a Ph.d in American Studies at Yale, 1964-67 and has been at the University of Kent ever since, teaching English and American Literature (1967-2005), and is now a Senior Honorary Research Fellow. He has been a Committee member of the Joseph Conrad Society (G.B.) sine 1986 and was the Chair-person from 1996-2015. He has been the General Editor of Wordsworth Classics since 1994, and has edited several volumes, including The Selected Stories of Joseph Conrad. 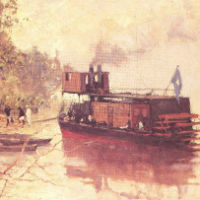