Dr D'Angour studied piano and cello at the Royal College of Music (1976-9) before reading Literae Humaniores at Merton College, Oxford. After pursuing careers first in music and then in business, he obtained his PhD in Classics from University College London in 1998. In 2013-15 he will be pursuing research into ancient Greek music, supported by a British Academy Mid-Career Fellowship.

Dr D’Angour has published articles and chapters on classical subjects ranging from ancient Greek music to the poetry of Horace, and compositions in Greek and Latin verse. His book The Greeks and the New: Novelty in ancient Greek imagination and experience was published by CUP in 2011. In 2004 his Pindaric Ode to Athens was recited at the Olympic Games, and an Ode commissioned by the Mayor of London was presented at the London Olympics 2012. 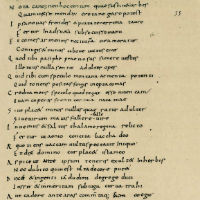